Yoga has a system of steps that turns everyday schleps into badass yogis that can understand the universe.

There are 8 basic steps. Yogis call them the eight limbs.

Physical postures and exercises are one of those steps. Actually, they’re the third step, but more on that below.

Physical yoga postures have lots of benefits, such as weight loss, strength, and flexibility, but those physical benefits are not the goal of yoga. They just come with the territory.

The goal of a traditional yoga practice is to achieve a state of enlightenment. Some people call this state “zen.” Others call it happiness.

The 8 steps of yoga get your body and your mind ready in order to try and achieve that state.

Most yoga practices today fall somewhere along those 8 steps. Some practices, like Body By Yoga focus on just one step, while other practices take you through more.

We’re going to use the English terms for each of the eight steps below. We’re not going to use Sanskrit because its confusing, and because it’s 2015, and that is what Google translate is for.

The first two steps are external – with rules for how to live.

The next four steps are internal – with rules for how to get your body and mind ready.

The last two steps are a byproduct of going through the first 6 steps.

1) The First Step Is Restraint

Think of it is as morality. Basically, don’t do these things:

1)Don’t be violent and do not harm things

5)Don’t be greedy, materialistic, or possessive.

2) The Second Step Is Filled With Personal Rules

Another words, do these things.

5)Be contemplative, introspective, and self aware

6)Surrender to an “it is, what it is” attitude. Things happen that are outside of your control. So deal with it.

This is what separates yoga from pilates and other types of exercises and where so many of yoga’s benefits come from (such as its effects on the parasympathetic nervous system, blood pressure, and stress relief). Slow methodological breathing techniques coordinate with each strength building physical exercise.

5) Fifth Step Is To Withdraw From The Senses

Yoga started out as a deeply ascetic practice (picture Buddhist monks high up in the mountains with no material possessions). Withdrawing from the senses in order to look inwards and avoid material distractions was the next step in the yogi toolkit.

Today, you might think of this step as practicing introspection and emotional balance. Not paying attention to other people, avoiding emotions like jealousy, and mastering control over your impulses is what this step is all about. Think of it like a “eat to live,” attitude, rather than to “live to eat.”

This step is about developing unshakable concentration. Everything that’s preceded this point was about getting you ready to achieve a “state of complete absorption.” It was put eloquently here, “When the mind has become purified by yoga practices, it becomes able to focus efficiently on one subject or point of experience. Now we can unleash the great potential for inner healing.”

7) State Of Meditation Is The Seventh Step

Using the skills and the concentration developed earlier, one can enter a state of mediation to see the world for what it really is. Today, this aspect of yoga is useful for staying in the moment, staying alert and aware, and for keeping unwanted thoughts away.

This is when it all comes together and everything just “clicks.” This is when you achieve a union between your body and your mind and the rest of the universe. This is a state of enlightenment and clairvoyance when you realize that you are a part of something much greater.

PrevPreviousDifferent Types Of Yoga – How To Find The Best Yoga Classes To Match Your Goals
NextWhat the heck is Yoga?Next

Benefits of yoga before bed

Good Stretch For Lower Back And Hamstrings 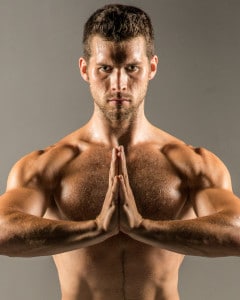 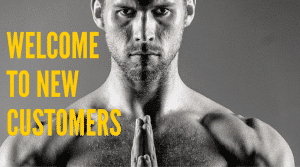 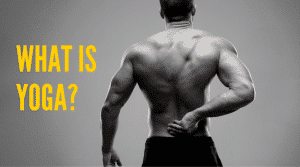 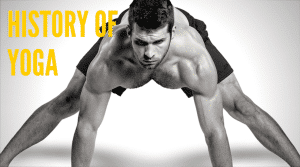 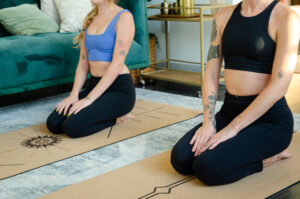 Your yoga practice can be whatever you need it to be. Yoga can be for energy and focus for your day, injury rehabilitation and prevention, 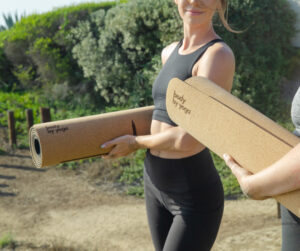 Other ways to stay involved

One of our favorite things about yoga is the community that’s behind it. We have tons of ways to be involved in our yoga community 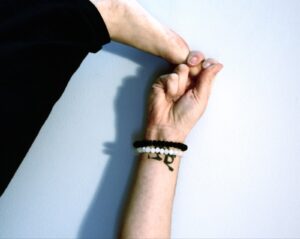 Stretching is necessary in order to loosen joints, engage muscle groups, prevent injuries and help your body relax, but did you know there’s more than

We want to keep you safe!

Please consult your physician, assess your fitness level, and follow all safety instructions before beginning any exercise program, nutrition plan, and/or using any equipment.

Body By Yoga provides a variety of exercise programs, some of which are physically demanding and high-intensity in nature. For this reason, you must listen to your body, use common sense, take breaks, and hydrate as needed to avoid injury. If at any time you feel any discomfort, pain, dizziness, light-headedness, shortness of breath, or nausea, stop exercising immediately and consult your physician. Incorrect or excessive training can result in serious injury or death.

When doing any outdoor workouts or activities, be aware of your surroundings and avoid anything that could hurt you or disrupt your exercise, especially when walking or running in public areas such as sidewalks and streets.

If you have any unique or special medical conditions, such as if you’re pregnant, have diabetes or asthma, or if you have a history of knee, ankle, hip, shoulder or spinal (back or neck) problems, you must consult your physician to understand all potential risks and complications of using our exercise programs, nutrition plans, and/or equipment, and receive approval from them to proceed before beginning. Failure to do so could result in significant injury to you and others (including, if applicable, your unborn child). By engaging in any exercise program, nutrition plan, and/or using any equipment, you assume all dangers, hazards and risks of injury or death.

SAFE USE OF EQUIPMENT

FITNESS EQUIPMENT PRESENTS HAZARDS WHICH, IF NOT AVOIDED, COULD CAUSE SERIOUS INJURY OR DEATH

Certain programs may utilize equipment, such as yoga mats, yoga blocks, yoga straps, chairs, foam rollers, and other equipment which, if not used correctly, could lead to serious injury or death. Carefully review all safety, care and use instructions and manuals prior to beginning.

For your safety, you must:

Use any equipment shown in the workouts only as demonstrated, using proper form.
Inspect any equipment for wear or damage prior to each use and refrain from using any equipment that appears damaged, worn or defective.
Keep children, pets and any other obstacles away from equipment and exercise area at all times.
Always use a secure, proper, and stable anchor for any equipment that requires hanging or attaching.
Always exercise caution during use of any equipment to make sure you do not lose your grip or control, such as making sure your hands are not wet or sweaty.
Ensure exercise bands are firmly secure and assembled to prevent slipping, snapping, recoiling and injury to yourself or anyone else.
Ensure your workout bench and pull up bar is stable, strong enough to hold your weight and does not move during use. If you do not think you can safely perform exercises with your bench or pull up bar, or you do not have the proper equipment, you should do the modifier exercises instead.

To the fullest extent permitted by law, Body By Yoga and its parent, affiliate, and subsidiary companies will not be liable to any person or entity for any injury, death, damage or loss caused or alleged to be caused directly or indirectly by any exercise programs, workouts, nutritional supplements or plans, equipment (including without limitation the Body By Yoga mat and Body By Yoga blocks), advice or any other products, services or materials.

By checking the box and clicking “Accept”, I acknowledge I have read, understand, and agree with this warning.